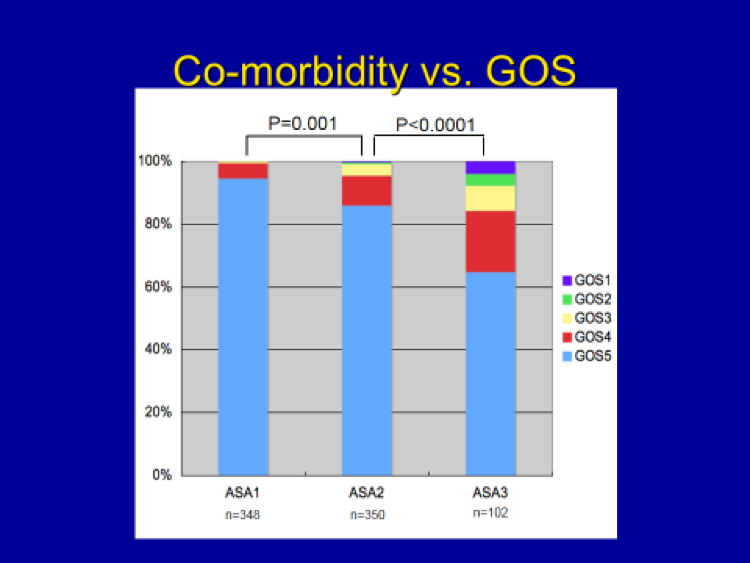 Co-morbidity (i.e. presence of any medical illnesses coexisting with meningioma at the time of surgery) was analyzed respect to outcome (GOS) using the commonly used ASA (American Society of Anesthesiologists) Physical Status Classification (ASA I – Healthy, ASA II – Mild systemic disease, ASA III – Severe systemic disease, ASA IV – Severe systemic disease that is constant threat to life, ASA IV – Moribund).   Patients with ASA Classification IV or V are not candidates for meningioma surgery as they are too ill to undergo a major operation.  (Based on a review of 800 operative cases, personal series)

Healthy patients did much better than those with significant medical illness(es).  For example, no patient in the ASA Groups I or II died after meningioma surgery.  Death was encountered only in the ASA III patients.  Additionally, the incidence of excellent outcome (GOS 4 & 5, close to 100% in the ASA Group I) decreased in a step-wise fashion in going from the ASA 1 to the ASA 2 group, and subsequently from the ASA 2 to the ASA 3 groups.